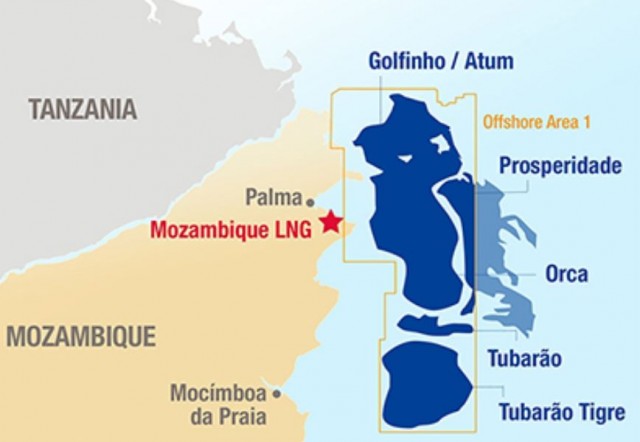 The financing deal includes a group of around 20 lenders for the first phase of senior debt funding, Reuters reported on Thursday citing unidentified sources.

The French company expects the financing to be closed in the third quarter, the report said.

Bloomberg reported earlier on Wednesday that the group of about 20 banks involved in the lending includes Rand Merchant Bank, Standard Bank Group and Societe Generale, which is acting as the financial adviser.

Bloomberg also said in the report that the financing deal is worth about $15 billion with signing scheduled for June.

Worth noting here, the U.S. Export-Import Bank has last week approved a $4.7 billion loan to back American suppliers for the giant LNG project.

The bank amended a previously approved loan to include the offshore scope of the project related to the development of the Golfinho/Atum gas fields which will feed the LNG plant.

Mozambique LNG was sanctioned in June 2019 by Anadarko and its co-venturers in Area 1.

Mozambique LNG is estimated to be worth more than $20 billion.

The project will initially consist of two LNG trains in Cabo Delgado with a capacity of 12.88 million tonnes per year to support the development of the Golfinho/Atum fields.

Area 1 contains more than 60 trillion cubic feet of gas resources, of which 18 Tcf will be developed with the first two trains.

Total said previously that it expected production to begin by 2024.

Source:
https://www.offshore-energy.biz/report-total-secures-14-4-billion-mozambique-lng-financing/
Write a comment
No comments yet. Be the first to add a comment!
By continuing to browse the site, you agree to our use of cookies.