In case of failure to follow any of the above mentioned rules, the ship can be fined and stopped, and the chief or 2nd engineer might also be imprisoned. 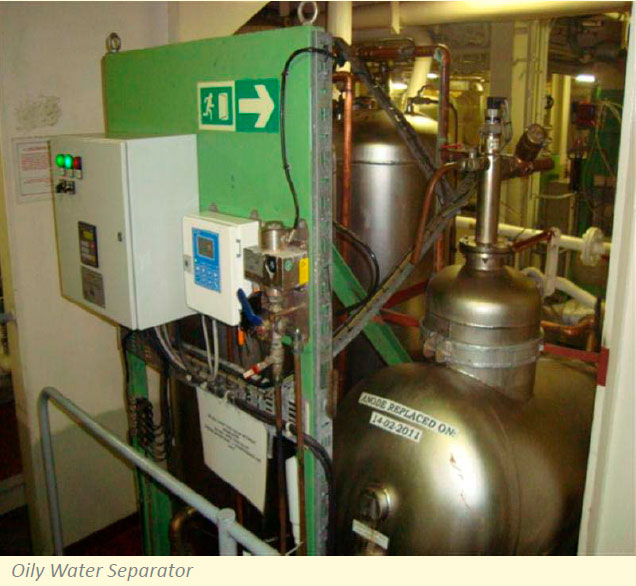 Because of such high risks, operating an oily water separator should be done with utmost precision to minimize the risks of marine pollution.

Though a “How to Operate” guide is always posted near the oily water separator, there are few points to be kept in mind to prevent any mistake during starting and stopping the system.

The following points are to be followed while operating the OWS:

Open the lock and overboard valve Open all the other valves of the system Open the desired bilge tank valve from which the oily water mixture is to be discharged from OWS Open air if the control valves are air operated Switch on the power supply of the control panel and OCM unit Fill the separator and filter unit with fresh or sea water to clean up and prime the system until the water comes out from the vent of the second stage Start the OWS supply pump, which is a laminar flow pump, and also the one that will supply the oily water mixture to OWS Observe the OCM for ppm value and keep checking sounding of bilge tank from where the OWS is taking suction Also check the sounding of the OWS sludge tank A skin valve/sample valve is provided just before the overboard valve and after the 3-way valve. Keep a check on the sample for any effluent and clarity Keep a watch on the ship side at the overboard discharge valve After the operation, switch off the power and shut and lock the overboard valve Keys should be handed over to the chief engineer Entry is to be made by the chief engineer in the oil record book, along with the signature of the operating officer, the chief engineer and the master 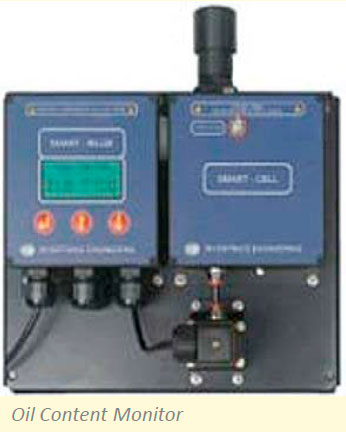 “If it is noted over an extended period that the water mixture to be separated contains a considerable proportion of solid particles, then a pre filter/strainer can be fitted between the OWS and the supply pump.”

When the operation of bilge water overboard is finished, flush the OWS with sea/fresh water for at least 10 minutes This is done to ensure that the oil mixture which resides in the separator may be prevented from getting decomposed Open the oil drain valve manually and discharge the separated oil from the separator as much as possible Turn off the electric/ pneumatic supply for 3 ways and also of the drain valves Turn off the power supply of oil content monitor Flush the oil content monitor with fresh water and clean the same Turn off the electrical supply to the bilge pump and shut its valves Shut all the valves in the bilge pipe line going to the OWS

Ensure the sipper pump automatic lubricator is at required level Open the discharge valve of stripper pump to slop tanks Open the drain valves on the steam chests of the stripper pump Open the stripper pump suction valve from pump room bilge wells to be emptied Ensure all other suction to pump are closed The eductorby pass valve must be in open condition Open the steam inlet to the pump for warming up Ensure the speed setting is set to minimum Start the pump from local and check pressure, once all ok, increase the speed setting from cargo control room Monitor the level of slop tank being filled