The generator on a ship is also known as the heart of the ship. It is that life-line on board which supports almost every function and process of the ship.

Generator of the ship requires special care, attention, and maintenance for its effective and economic running. When it comes to operating a generator on a ship, one has to be extremely cautious and take several important aspects into consideration. 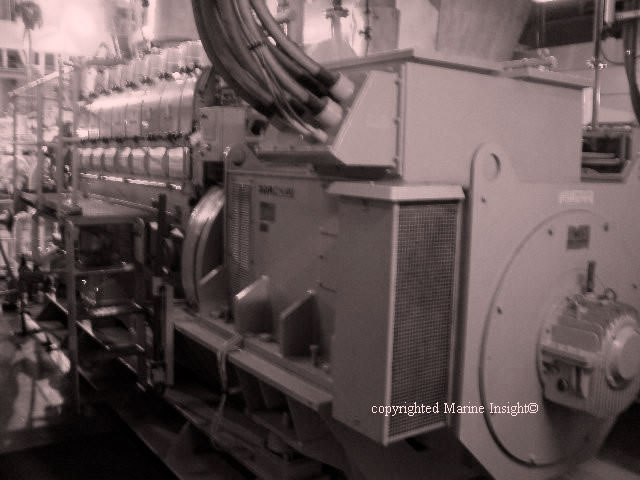 Unlike the conventional generators that we use on land, a ship’s generator requires a special procedure for starting and stopping it.

Though not a very complex one, the process demands a step-by-step method to be followed.

Missing a single step might lead to failure in starting or stopping the generator and can even cause “black-out”, a situation which everyone on ship tries their best to stay away from.

Below is the step-by-step procedure for starting and stopping generators on a ship: 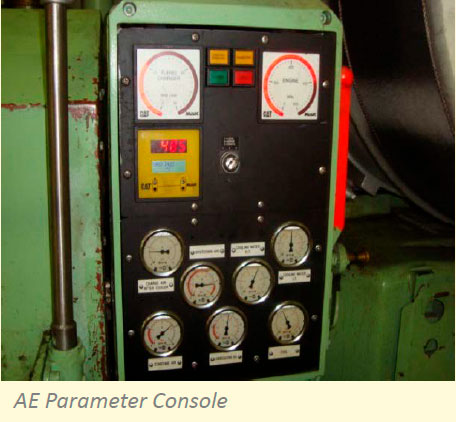 Auto-Start: This method is only possible if sufficient amount of starting air is available. The air valves and interlocks are operated just like in the turning gear operation.

In this method the operator has nothing to do, for the generator starts itself depending on the load requirement of the ship.

However during the maneuvering process and also in restricted areas, the operator has to start the generator through the computer based Power Management System (PMS). Once inside the system, the operator needs to go to the “generator” page and click “start”.

In PMS system, the automation follows sequence of starting and matching the voltage and frequency of the incoming generator, resulting in the generator to come on load automatically. Ensure to check the generator parameters from local station once the generator is running.

In case of a blackout condition or a dead ship condition, the operator might have to start the generator manually. 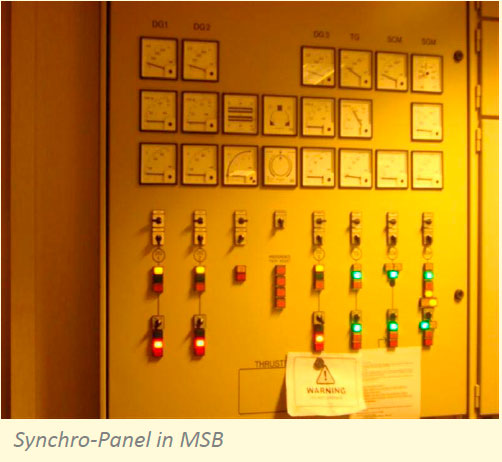 Manual Start:The manual process is totally different from the automatic starting system. The following steps need to be followed in order to start the generator manually-

Check that all the necessary valves and lines are open and no interlock is active on the generator before operating Generally before starting the generator the indicator cocks are opened and a small air kick is given with the help of the starting lever. After this, the lever is brought back to the zero position, which ensures that there is no water leakage in the generator. The leakage can be from cylinder head, liner or from the turbocharger This step is performed by putting the control to local position, followed by starting the generator locally In case any water leakage is found, it is to be reported to a senior officer or chief engineer and further actions are to be taken It is to note that this manual starting procedure is generally not followed on UMS class ships, but is a common procedure in manned engine rooms In engine rooms that have water mist fire fighting system installed, this procedure is not followed because when the engine is given a manual kick with open indicator cocks, small amount of smoke comes out of the heads which can lead to false fire alarm, resulting in release of water mist in the particular area After checking the leakage, in case of any, the indicator cocks are closed and the generator is started again from the local panel The generator is then allowed to run on zero or no load condition for some time (about 5 minutes) After this the generator control is put to the remote mode If the automation of the ship is working after putting the generator in remote mode, the generator will come on load automatically after confirming voltage and frequency parameters If this doesn’t happen automatically, one has to go to the generator panel in the engine control room and check the parameters The parameters to be checked are -voltage and the frequency of the incoming generator The frequency can be increased or decreased by the frequency controller or governor control on the panel The incoming generator is checked in the Synchroscopeto see if it’s running fast or slow; which means if frequency is high or low In the Synchroscope, it is checked whether the needle is moving in clockwise or anticlockwise direction Clockwise direction means it is running fast and anti-clockwise means it is running slow Generally the breaker is pressed when the needle very slowly moves in clockwise direction and comes at 11’o clock position This process is to be done in supervision of experienced officer in case someone is doing for the first time, for if done incorrectly, a blackout condition can happen, leading to accidents if the ship is operating in restricted areas Once this is done, the generator load will be shared almost equally by the number of generators running After this the parameters of the generator are checked for abnormalities

In this procedure the generator is stopped by going into the PMS system in the computer and then pressing the “stop” button for stopping the generator This is to be followed only when two or more generators are running Even if you are trying to stop only the running generator, it will not stop because of the inbuilt safety feature, which helps in preventing a blackout condition When the stop button is pressed, the load is gradually reduced by the PMS, and after following the procedure, the generator is stopped 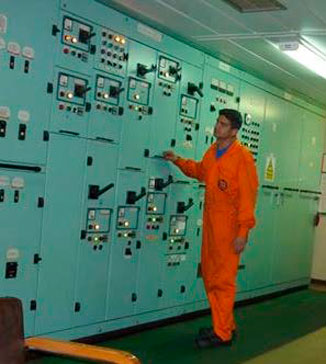 There are two methods to synchronize generators on a ship –one is the normal method and other is the emergency method.

The synchroscopeconsists of a small motor with coils on the two poles connected across two phases. Let’s say it is connected in red and yellow phases of the incoming machine and armature windings supplied from red and yellow phases from the switchboard busbars The busbarcircuit consists of an inductance and resistance connected in parallel The inductor circuit has the delaying current effect by 90 degrees relative to current in resistance These dual currents are fed into the synchroscopewith the help of slip rings to the armature windings, which produces a rotating magnetic field The polarity of the poles will change alternatively in north/south direction with changes in red and yellow phases of the incoming machine The rotating field will react with the poles by turning the rotor either in clockwise or anticlockwise direction If the rotor is moving in clockwise direction, it means that the incoming machine is running faster than the busbarand slower when running in anticlockwise direction Generally, it is preferred to adjust the alternator speed slightly higher, which will move the pointer on synchroscopein clockwise direction The breaker is closed just before the pointer reaches 12 O’ clock position, at which, the incoming machine is in phase with the busbar.

Normally for one generator, individual valves and lines are provided for both diesel and heavy fuel oil inlet and outlet pipes. Following procedures to be followed for changeover of fuel: 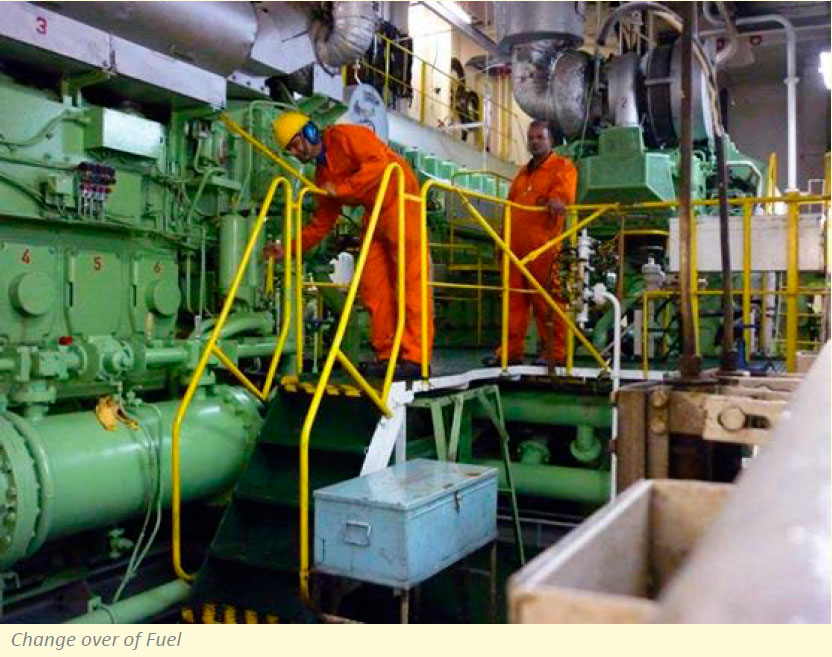