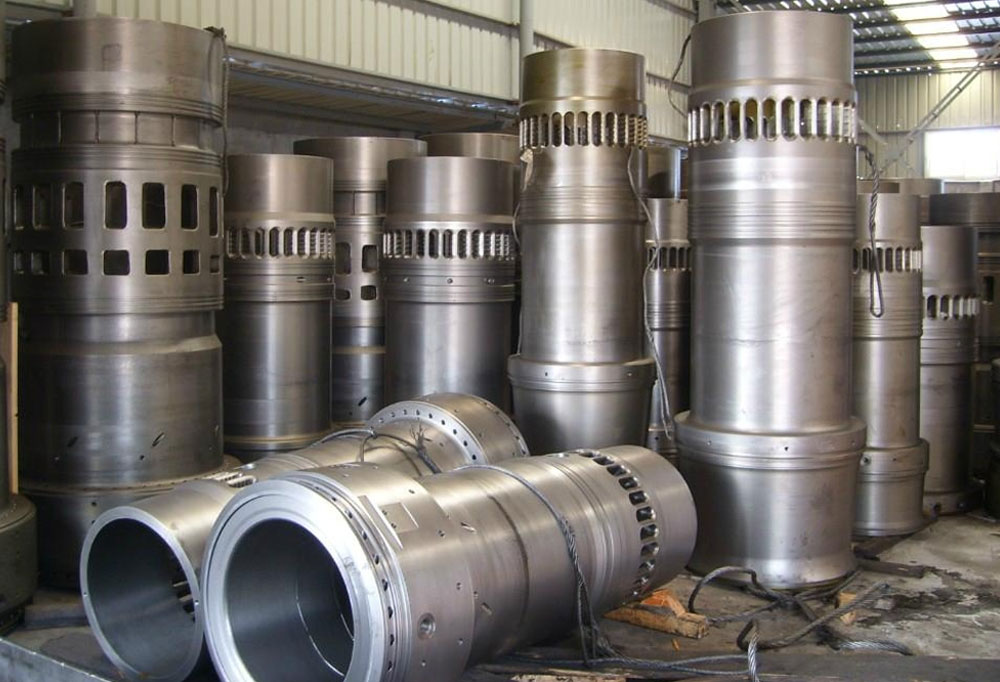 Liner in the combustion chamber of the marine engine carries the piston and transfers the heat generated during combustion to the jacket with the help of cooling water.

With the development of engines, the material used for liner and construction methods have also evolved.

In early marine engine models, cooling of SULZER and MAN engine liners mainly depended on the jacked cooling efficiency. Liners used in this engine were slim and had good thermal property, as the temperature variation in the liner surface (top and bottom) was not much.

With use of turbocharger and increase in engine power the mechanical stresses on this slim liner resulted in cracks and other mechanical failures.

The 2nd generation liner comprises of cooling passages or cooling bores drilled at an angle, which carries cooling water within the liner and then to the cylinder head.

This design allows to increase thickness of the liner without increase in thermal stresses and also assist in stable lubrication.

The most common materials used in construction of a two stroke marine engine liners are:

Various engine makers use different materials due to increased demands for higher outputs:

The wear in the cylinder liner is mainly because of following problems:

Frictional Wear: Whenever two surfaces slide over each other, friction is produced which leads to wearing down of both the surfaces. In liner wear the surfaces are piston rings sliding over the cylinder liner.

The frictional wear depends upon various factors such as speed of movement between the surfaces, material involved, temperature, load on engine, pressure, maintenance, lubrication, and combustion efficiency.

Corrosion: The wear due to corrosion is caused due to the burning of heavy fuel oil in the combustion space. This happens because heavy fuel oil contains high sulphur content.

During combustion, acids formed inside the space should be neutralized by cylinder oil, which is alkaline in nature. The production of acids will be more if the sulfur content is more, leading to the formation of sulphuric acid.

Sulphuric acid is formed due to absorption of the condensate or moisture present inside the combustion space.

Sulphuric acid corrosion is found more in the lower part of the liner as the temperature of jacket water is very low.

Corrosion due to sulphur will be high because of the presence of water in fuel and condensate in the air. This wear is generally seen between the quills.

The wear near the quills enlarge and gives a characteristic of the clover leaf shape to the wear pattern. This phenomenon is called clover leafing.

Abrasion: This type of wear is due to the hard particles present and formed during combustion. Catalytic fines in the fuel and the ash formed during the combustion causes abrasive wear.

Adhesion or Scuffing: This is a form of local welding between the particles of piston rings and the liner surface. As the piston is moving inside the liner, the welding that has occurred breaks and leads to the formation of abrasive material. The abrasive material will increase the rate of wear of the liner.

This is generally caused by insufficient lubrication due to which large amount of heat is produced and microscopic welding of rings and liner surface takes place.

Due to this type of wear, the liner losses its properties to adhere cylinder oil to the surface. One more reason for this phenomenon is polishing of the surface by scuffing, giving liners a mirror finish.

Lacquering: Lacquering is caused due to organic and inorganic salts, which result in calcium deposits built up in the honing grooves of the liner. These salts can result in smooth or glazed liner surface which in-turn increases the oil consumption rate significantly. If unchecked, these calcium deposits, along with carbon deposits, may lead to scoring or polishing of the liner.

Apart from the above listed problems, the liner top surface is subjected to maximum wear because of the following reasons:

Liner Wear Rate: The wear down rate can be described as the wear surface in mm per 1000 engine running hours.

The stated wear rate can be achieved by following points:

When doing the liner inspection, following points should be checked:

Cylinder liner has to be gauged at regular intervals as specified in the maintenance manual. The records of gauging are kept for each cylinder and wear rate is calculated.

The liner has to be cleaned and inspected before the gauging. Generally while taking the measurements, the temperature of the liner and micrometer should be same. 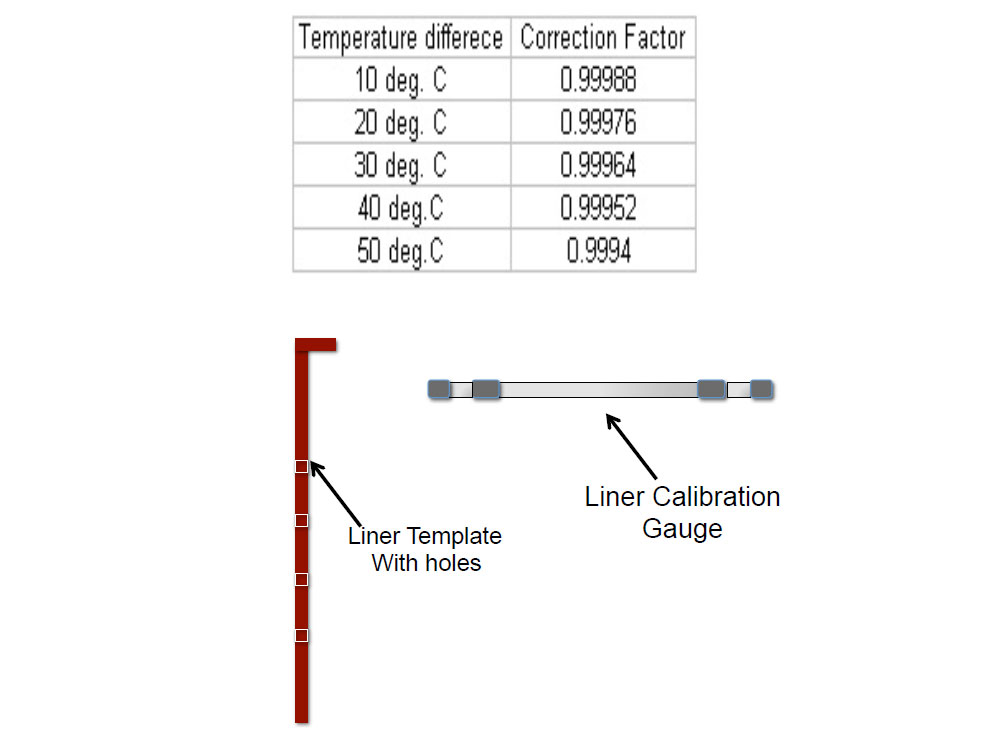 The cylinder liner wear is measured by a standard template, which consists of strategically positioned holes, wherein the micrometer is placed and the readings are taken. 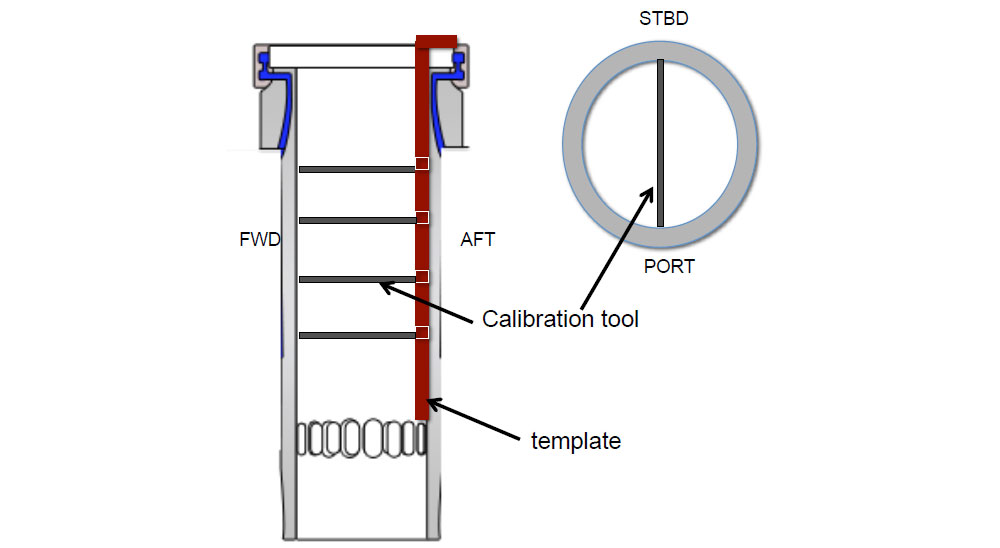 The readings are taken for both portstarboard and forward-aft positions. If the wear is not same in both directions, the ovality of liner is checked

The wear rate will be different along the length of the liner. The wear will be more in the top one-third part because of high combustion temperature and pressure.

An approximate normal wear rate of the liner is about 0.1 mm/ 1000 running hours.

The wear rate increases if the engine is overloaded. Generally the liner has to be replaced when the wear is about 0.6-0.8% of the bore diameter or as per the manufacturer’s recommendation.