Situated in the Northeast African region, Sudan is one of Africa’s biggest countries. With a majority of its population dependent on agriculture, Sudan is not a developed economy and is facing recession.

While Sudan has many valuable natural resources, its political situation has been volatile due to terrorist activities, changing political alliances and factional fights. These mishappenings have harmed the Sudanese economy and led to increased poverty as well.

Sudan’s ports have not been left untouched by the ongoing turmoil. Recently, Port Sudan, which is Sudan’s main seaport, was blocked by the angry protestors, to get their demands accepted and put pressure on the country’s government.

Nonetheless, Sudan’s ports are the main sources of income for the country. The rich import-export trade contributes significantly to the country’s GDP.

This is also precisely why Sudan has invested so much in developing its ports, especially Port Sudan which is strategically located and is the heart of Sudan’s maritime trade with neighbouring countries like Ethiopia and Chad.

The Sudan Sea Ports Corporation is the main governmental body that is responsible for building, operating and managing ports and port services. It was established in 1974 and before it was founded, the Port of Sudan was already operational as it was opened by the British imperial government in 1909.

Sudan has a coastline along the Red Sea which stretches 380 miles. Some important Sudanese ports are located here. These include- Osman Digna port, which replaced the old coral affected Suakin port, Oseif port, El Zoubair.M.Salah port near Wadi Halfa and lastly the Port of Sudan which incorporates- The North Port, The South Port, The Green harbour or Green Port and the Al Khair Terminal.

Sudan Sea Ports Corporation is further developing the ports to refurbish the infrastructural facilities, equip the ports with the latest technology, put measures for smooth operations, increase the ports’ capacity, and tap the country’s rich hydrocarbon reserves. These measures are important to increase the maritime traffic to the country’s ports and to meet global trade requirements.

There has also been an increase in services offered at the country’s ports. The ports provide full-time navigation to nearby lighthouses, clean drinking water, medical aid and quarantine facilities are also available. There is fire fighting equipment as well as equipment to check aquatic pollution near the shore. Ships can also be repaired at the SPC dockyard. The SPC station provides communication services.

Founded by the Britishers, Port Sudan was the principal port for carrying out colonial trade in the African region. Presently, it is the main seaport of Sudan, located on the western coastline along the Red Sea. It is close to Sudan’s capital, Khartoum and also another important trade centre, Jeddah in Saudi Arabia. 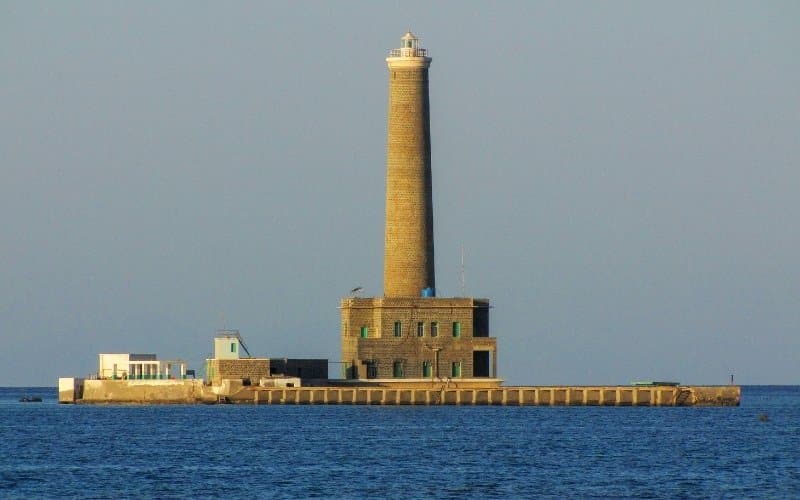 The port’s importance grew when an 850 m long oil pipeline was built in 1977 to transfer oil to and from the port and the capital Khartoum. Port Sudan is equipped with all modern facilities however since the region is dry, the port acquires fresh water from the Wadi Arbaat and nearby water plants.

Port Sudan is divided into four zones or areas. These include-

It is the earliest port that has been operational since the early ’90s. It possesses 12 berths or platforms. Its average depth is around 11 meters and it handles general cargo, cement, edible oil and oil products, vehicles and molasses. Its annual capacity is 5 million tonnes.

The North Port has 6 cement silos with 80,000 tons storage capacity. Storage tanks for edible oil with 50,000 tons capacity. Molasses is stored in the biggest tanks with 100,000 tons capacity. The port also has 119 warehouses owned by private trading companies and 25 government-owned warehouses. All equipment is operational but the luffing cranes for moving general cargo need repair.

Two berths handle cement imports. They are 99 meters long and 9 meters deep. Other two berths measuring 122 m and 6 metres deep deal with livestock that is exported. Refer facility is also available and there has been an increase in the number of reefers crossing through the northern port to around 300 TEUs annually.

The north port also boasts of a multi-purpose terminal that can effectively handle all types of cargo depending on the size of the ship. There is also a general cargo terminal at this port which can handle heavy goods as well. The goods are unloaded from vessels using hooks and cranes and then manually loaded into trucks.

As the name suggests, the South Port is situated to the southern side of the Port of Sudan. This port has 6 berths that handle grains, general cargo and goods packed in containers.

The total length of the berths is 740 meters and the depth is around 13 meters. The South port deals with containers, petroleum and oil and grains.

It covers an area of 14,80,000 sq m with an annual cargo capacity of 3 million tonnes. Berth 16 deals with tankers and there are also container berths measuring 430 meters and a depth of 13 m.

Three berths are dedicated to container vessels and one berth has a grain silo with a storage capacity of 50,000 tonnes. The annual storage capacity is 400,000 TEU’s. The port equipment is in good condition. It includes gantry cranes, two harbour cranes, rubber tyred gantries. It also has other modern equipment such as reach stackers, forklifts, trailers and so on.

Recently, developmental activities have taken place at South Port. This has led to the maintenance of berths 17 and 18, which have now been equipped with container cranes, RTG etc to improve the Port’s services and increase its productivity.

A power station has also been built near the port and the area of the container berth has been expanded by 145 meters, and now it is about 430 meters long.

The South Port also has a customs warehouse. Cargo cannot be transported from the port without customs inspection and clearance. The Port Of Sudan doesn’t have reserved custom areas, the exception being the South port which has LCL sheds measuring 6000m2, situated near the container terminal.

The Green Port or the Green Harbour rests on the eastern part of Port Sudan. It has a specially designed dock to receive cargo laden vessels. It was built as part of a port extension development plan. Thus, more quays were constructed to aid the growing port operations.

This port takes care of dry bulk cargo, containers and seeds. The construction of the Green Port has significantly expanded the handling capacity of Port Sudan.

The entrance to the Port’s dock spans 180 meters and it has two berths which are 560 meters long and 15 meters deep. The Port’s storage capacity is around 43,5000m2. This port can handle vessels weighing around 50,000 tonnes.

This terminal is situated approximately 3 km southeast of Port Sudan. The Al Khair terminal is an oil terminal that can handle oil tankers with a capacity of 50,000 DWT and a 15-meter draft. The terminal’s annual capacity is 2.67 million tonnes.

The work for constructing this terminal commenced in 2001 and it was completed in 2003. It became operational in 2002 and is the main port for the export of petroleum products such as Benzene.

This port does not have an anchorage facility for ships. It also places certain restrictions for tankers and vessels operating to and from the port. A tanker more than 20 years old, is not allowed at the port. The port welcomes only SBT tankers and there is no facility for disposing of the dirty ballast. Also, the vessels containing hydrocarbons need to contact the terminal manager before 48 hours of arrival. Ships can moor only during the day but can sail anytime from the port.

This terminal has been built as the new port for exporting crude oil. It is 25 km away from Port Sudan. 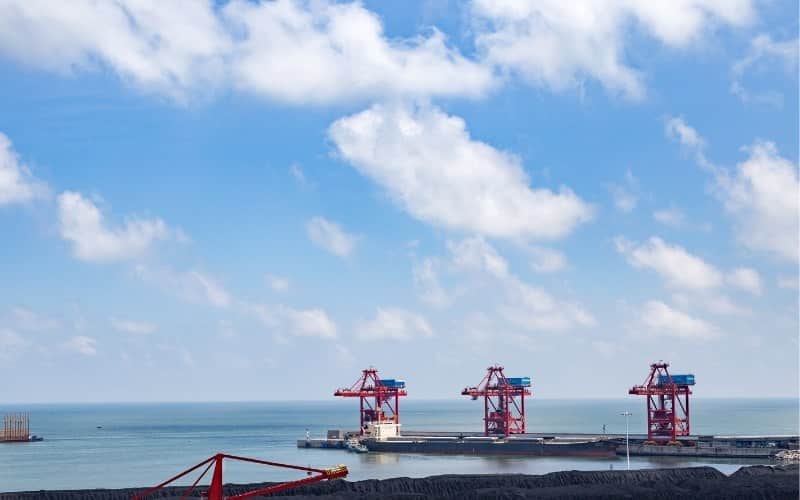 The Marsa Bashayer Terminal exports 1,200,000 bops annually. The terminal’s capacity is being expanded to 2,000,000 bops. An 1800 m pipeline goes from the storage tanks to the sea to fill the tankers with crude oil. To make it workable, six pumping stations were built connecting Heglig to the main Sudan Port.

This terminal has 5 large storage tanks. One of the tanks is around 80 meters wide and 15 m tall. The tanks can store up to half a million barrels of oil.

This terminal has two facilities namely-

The Bashayer 2 Oil Terminal is solely run by PetroDar Operating Company and provides loading services for the export of Dar crude oil. This terminal is equipped with modern technology such as the latest high-tech cranes and lifts.

The Osman Digna Port is in the ancient town of Suakin and is just 60 km away from Port Sudan. It has 9 berths which are 750 meters long and its annual capacity is 3 million tonnes. It is mainly used by passengers.

Hence, it has two halls which serve as waiting rooms, one for arriving and the other for departing passengers. Also, there is an open area near the arrival room to keep luggage. It is managed by the shipping agents. 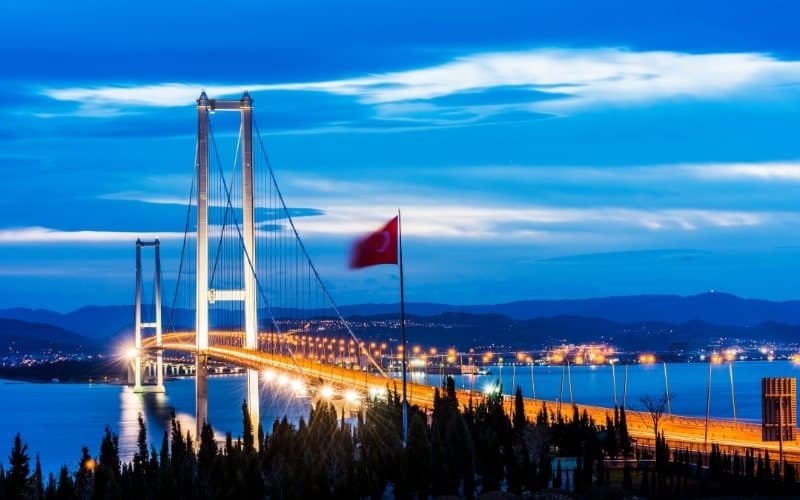 This port has seen increased passenger and cargo traffic. Figures from 2013 show that the port witnessed an increase in the export of livestock by 14.2 % due to the government’s policies. However, there was a decrease in the trade of general cargo which dropped by 5.4% compared to 2012.

This port is not in working condition now however it is situated 250 km away from Port Sudan. It was once used for exporting iron ore. 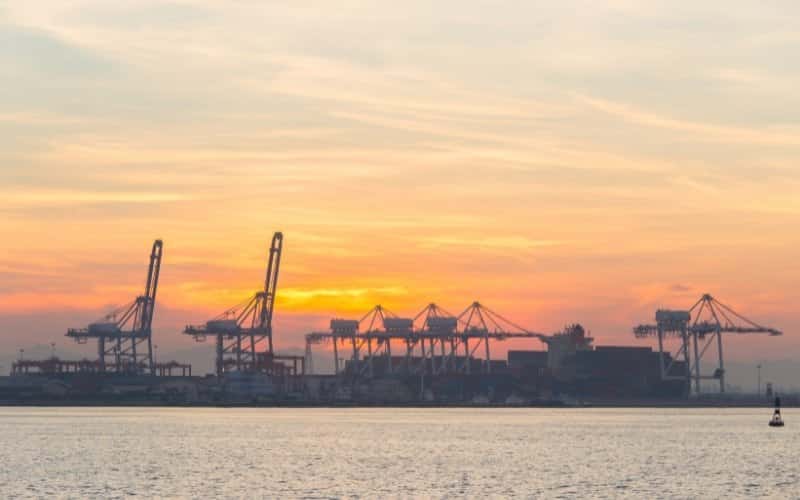 El.Zoubair.M.Salih or the Wadi Halfa Port

It is a small port situated on the river Nile, near the Sudan-Egypt border. It is used by passengers and also for trading purposes.

It is 400 km from Khartoum and serves as a dry port and a logistics depot. 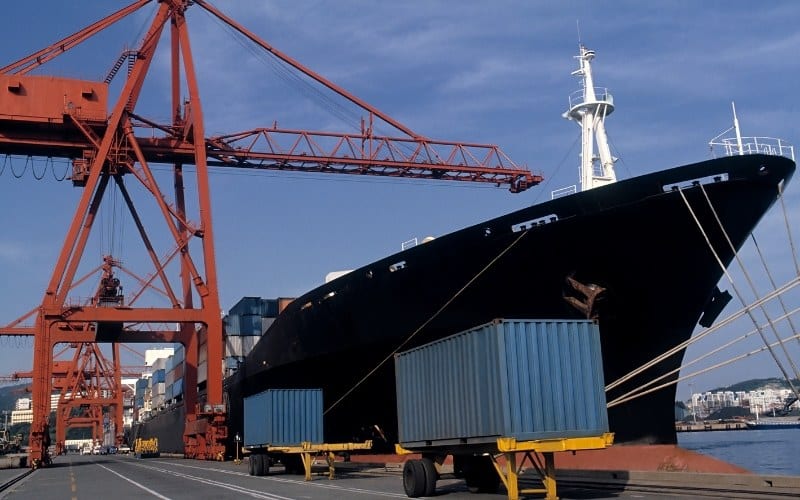 The ports in Sudan have led to the considerable economic growth of the country. Unlike, other countries whose ports serve as trading points and tourist spots, Sudan’s ports are not famous tourist attractions.

The country hardly sees any tourists due to the current political situation however Port Sudan is quite famous among divers.

It is rich in corals and marine life. Many divers visit port Sudan in November. Another famous place is the Sudan Sea Resort.

16
SeaKnow
Write a comment
No comments yet. Be the first to add a comment!
First time here?
By continuing to browse the site, you agree to our use of cookies.