The nation-state of Qatar is a highly developed economy with one of the highest GDPs in the world. Its economic prosperity is hinged on its petroleum, natural gas and oil industries, and the country is the biggest LNG exporter in the world. Its major trading partners are China, the United States, Europe, and Japan and the world’s biggest shipping corporations operate in almost all of Qatar’s ports and terminals.

The nation boasts of negligible unemployment rates, citizens enjoy a high standard of living and poverty rates are almost non-existent. Taxes are low which facilitates ease of business and attracts foreign companies.

The country shares a considerable territory with the Persian Gulf, hence it has invested in the development of world-class port facilities and its maritime trade sector has strengthened manifold as it has opened new trade routes and diversified its supply sources.

The new routes comprise services from the Far East, Bangladesh etc. Also, the existing trade routes have been expanded.

Let us have a look at the major ports and oil terminals of Qatar.

Hamad Port is the main seaport of Qatar situated south of Doha. The construction of the port began in 2010 and it was opened for commercial trade in 2016, replacing the older Doha port. Operated and managed by Mwani Qatar and supervised by the Ministry of Transport and Communications, it mainly handles general cargo, and specific imports of livestock, vehicles, grains and cereals. 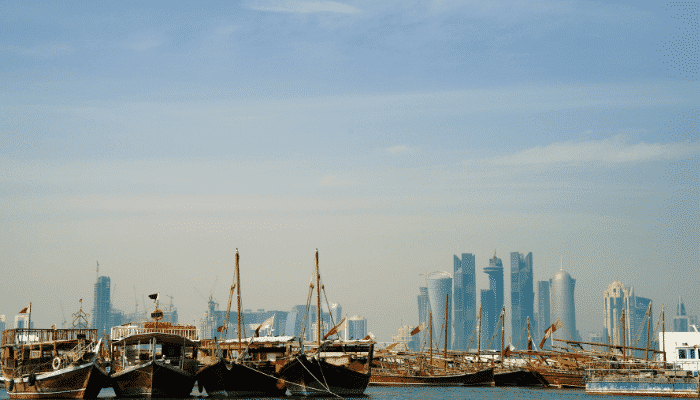 It is one of the biggest ports in the Middle East, representative of the Qatar National Vision 2030. This port is crucial for the nation’s maritime trade industry along with the socio-economic progress of Qatar. The port activities and construction is aimed at economic diversification, increasing competitiveness and international trade, while attracting foreign investors.

Hamad port spans around 29 km and has an annual handling capacity of 7.5 million TEU, 1.8 million general cargo, and a million tonne of grains. The port is currently undergoing expansion and one of its operational container terminals can handle 2 million TEU annually.

Hamad port has three container handling facilities that can collectively handle more than 7 million TEU annually. All the terminals have the latest port equipment such as ship-to-shore cranes and high-tech gantry cranes for efficient cargo handling. This facility also incorporates the latest container scanning technology that drastically reduces the containers’ processing time.

This facility deals with all kinds of non-containerised cargo such as machinery, steel and its products, dry bulk, construction equipment, fertilizers and petroleum goods. It has ample storage space in the form of sheds, paved and sheltered storage and cold storage facilities and can handle around 1.6 million tonnes.

This terminal is divided into smaller units or facilities to handle specific goods such as grains, livestock and automobiles. The grain handling facility has automatic loading and unloading conveyor belts that discharge grain directly into silos, hence eliminating the need for manpower. The automobile terminal deals with shipments of more than 450,000 vehicles every year. The livestock terminal comprises multiple automatic gates that separate the different kinds of livestock.

The port has world-class security systems including a Port Tower measuring 110 m and a customs inspections area that clears more than 5500 containers in 24 hours. Also, a ship repair and inspection facility and numerous maritime services are offered at Hamad port. Since Qatar had planned to increase its non-petroleum exports, a zone has been constructed in the port vicinity which has manufacturing units.
​
It has been operational for roughly 5 years but has shown signs of a promising commercial port that increased the volume of trade between Qatar and the other nations.

This port is situated on the northeast coast of Qatar and is the world’s biggest LNG exporting facility, capable of accommodating the largest carrier ships. It is a deepwater port, possessing the world’s biggest artificial harbour and is strategically located amidst the Arabian Gulf, the Far East and Europe on the international maritime trade route hence transporting hydrocarbon goods to almost all major parts of the world.

Ras Laffan port was built mainly for the natural gas industries which manufacture gas products and their derivatives. The port covers 850 hectares and is surrounded by two breakwaters, two entrance channels and is dredged to a depth of 14.5 m. It deals with LPG, petroleum products, sulphur, etc, handling more than 1000 ships and 10,000,000 tonnes of cargo annually. It is owned and operated by Qatar Petroleum. 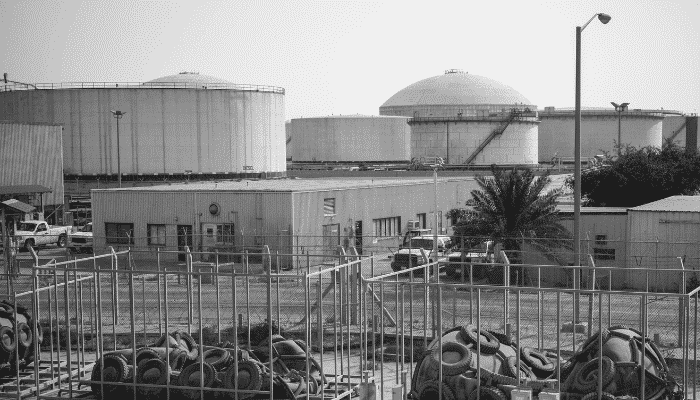 This port has several berths for commercial and industrial uses. The port is equipped with the latest equipment such as cranes with a lifting capacity of 150 tons, a sulfur loader that can handle one thousand tons per hour, numerous forklifts, and trailers.

Ras Laffan Port has 6 facilities for handling LNG, that can accommodate the biggest LNG Carriers, carrying more than 200,000 cubic m. The remaining four wharves handle medium-sized LNG carriers with a cargo capacity, of over 220,270 cubic m.

Six such facilities are operational for dealing with liquid bulk cargo such as Liqified petroleum gas and refinery goods. They can accommodate vessels measuring 165 to 345 m.

One dock at Ras-Laffan port area is dedicated to handling only sulphur, with the capacity of handling ships weighing more than 100,000 tonnes DWT.

Port of Al-Ruwais is the second most important commercial port of Qatar. Situated on its northern end, the port facility plays a vital role in increasing and diversifying the regional cargo shipments and has revitalised the economy of northern Qatar by substantially improving and increasing the volume of maritime trade.

Apart from dealing with conventional cargoes, Al-Ruwais port also meets the growing demand for foodstuff, canned food, meat and other commodities by working as an efficient and quick maritime gateway for the delivery of fresh and refrigerated food from neighbouring nations. For this purpose new facilities for handling reefer containers have been built and expanded.

Operated by Mwani Qatar, this port has witnessed substantial infrastructural development to meet global port standards and increase port productivity. The entrance channel was dredged to 5 m and new wharves were constructed with an alongside depth of 7 m. They will be further enlarged to a depth of 10 m during the third and final stage of the expansion project which would allow the entry of small and medium-sized vessels along with cruise ships, not to mention the increased trade with nearby nations.
Presently, the port comprises 6 marine berths with a total length of 1414 m to accommodate commercial cargo ships. 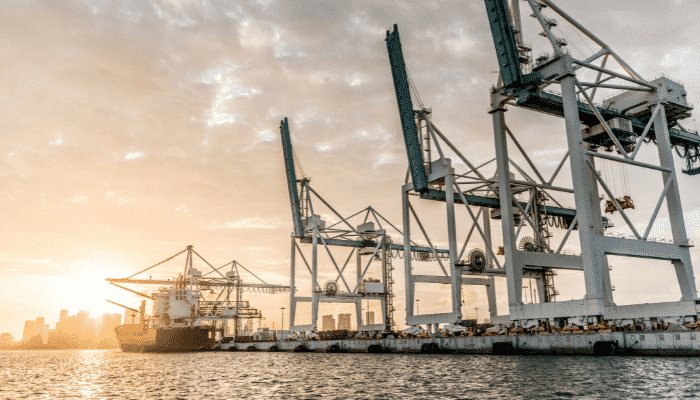 Another interesting facility at the Al-Ruwaisport is its unique market, where different world-traditions meet. Known as the Al-Mina market, it is built in the port vicinity where traders around the world can sell products of their countries. The market spans 3200 sq m and includes shops selling canned foods, dried dates, sweets, exotic spices, nuts, juices etc. Furniture and decorative items like artefacts and paintings made by local artists are also sold. This market has made this port an attractive tourist spot.

New reports have highlighted the tremendous growth of this port, as it witnessed a 28% increase in exports in 2019 compared to 2018. Thus, it is evolving as a global port with significant increases in the volume of livestock and containers. The volume of general cargo handled at the port recorded a 30% increase, surpassing 100,000 MT in 2019.

Thus, handling more than 240 vessels every month, Al-Ruwais port has become a busy port with great economic significance for Qatar.

Mesaieed Port, also known as Umm Said port lies on the eastern coast of Qatar, just 45 km south of Doha. Lying in the nation’s industrial region, it is one of the most important port of Qatar. The port handles about 2,800 vessels, 48,000,000 tonnes of cargo and 59,000TEU annually. 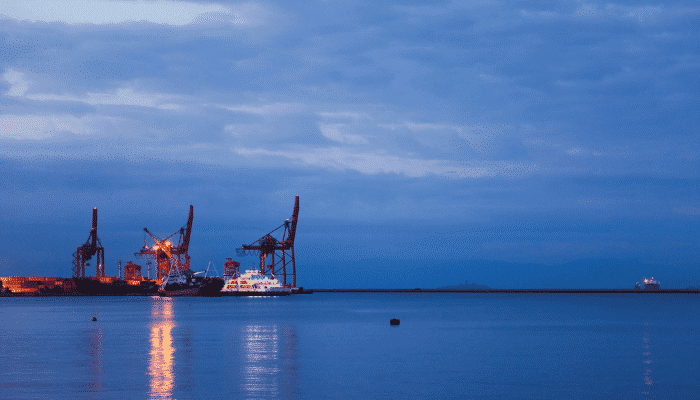 Al-Rayyan Marine Terminal lies in the southern portion of the Persian Gulf, just 35 nautical miles from the northern coastline of Qatar. The terminal comprises a 124,472 DWT or a VLCC size storage tanker, named Falcon Spirit, an FSO moored to a single point mooring. Many export tankers berth near the storage tanker which receives crude oil via a pipeline connected to a major production unit situated near the terminal. Tankers with a maximum size of 320,000 DWT can enter the terminal area while the maximum vessel draught is not more than 21 m.

This facility is situated near the Shaheen oil field, located off the northeast coastline of Qatar. It is the nation’s largest offshore oil field and one of the largest in the world producing 100 million barrels of oil every year and accounting for 45% of Qatar’s oil production. It has 33 platforms and more than 300 wells. The terminal facility is operated by the North Oil Company and comprises two FSOs – FSO Africa and Asia, moored to SPMs which transfer crude oil to export tankers.

Halul Island is part of Qatar and is situated just 52 nautical miles from Doha. The port facility of this island serves as an export terminal for Qatar Marine Crude oil which is obtained from the northern oil fields like Idd El-Shargi. 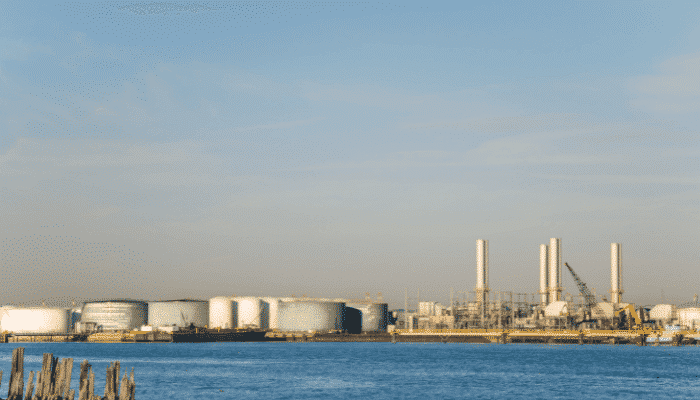 Operated by Qatar Petroleum, the facility’s export operations are conducted through 2 SBM’s. The island is circular, with extensive reef formations and hilly with some oil storage tanks clustered in one part of the island along with an industrial complex and houses of workers.

A harbour on the southern portion of the island receives small vessels. The terminal handles around 200 tankers annually, with maximum weight and draught being 550,000 DWT and 28 m respectively.

18
SeaKnow
Write a comment
No comments yet. Be the first to add a comment!
First time here?
By continuing to browse the site, you agree to our use of cookies.